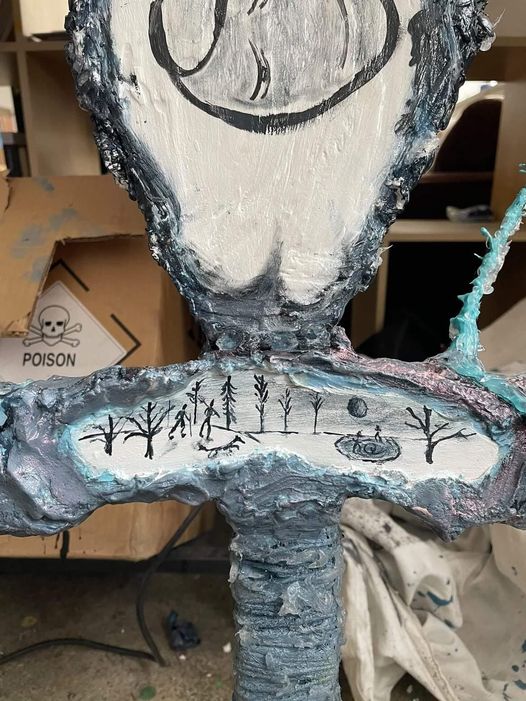 In the third episode of the show’s Ancient Aliens series, Adam Žufníček takes the world in which an inhuman, independent and technologically advanced colony thrives in the darkness of the oceans to a delusional extreme. The author has moved on from green clichéd little men and flying saucers to depict a plot device originally typical of science fiction literature – the group mind.

The term group mind describes the way in which a collectively unified consciousness is formed through the suppression of individual free will. In Zhufnicek’s case, an underwater super-lizard is capable of this phenomenon, except that it exerts its power beyond the boundaries of its own species, and on the consciousness of the human population. If there is a fifth dimension of complete reality beyond the four normal dimensions of space and time, which is the dimension of spirit, then Ancient Aliens: Fifth Dimension Descension projects the author’s vision of what the mastery of such a dimension might look like beyond the normal interpretations of spirituality.