A TOMCAT’S JOURNEY. LIBUŠE NIKLOVÁ’S TOYS AND HER FOREIGN CROSSBREEDS. 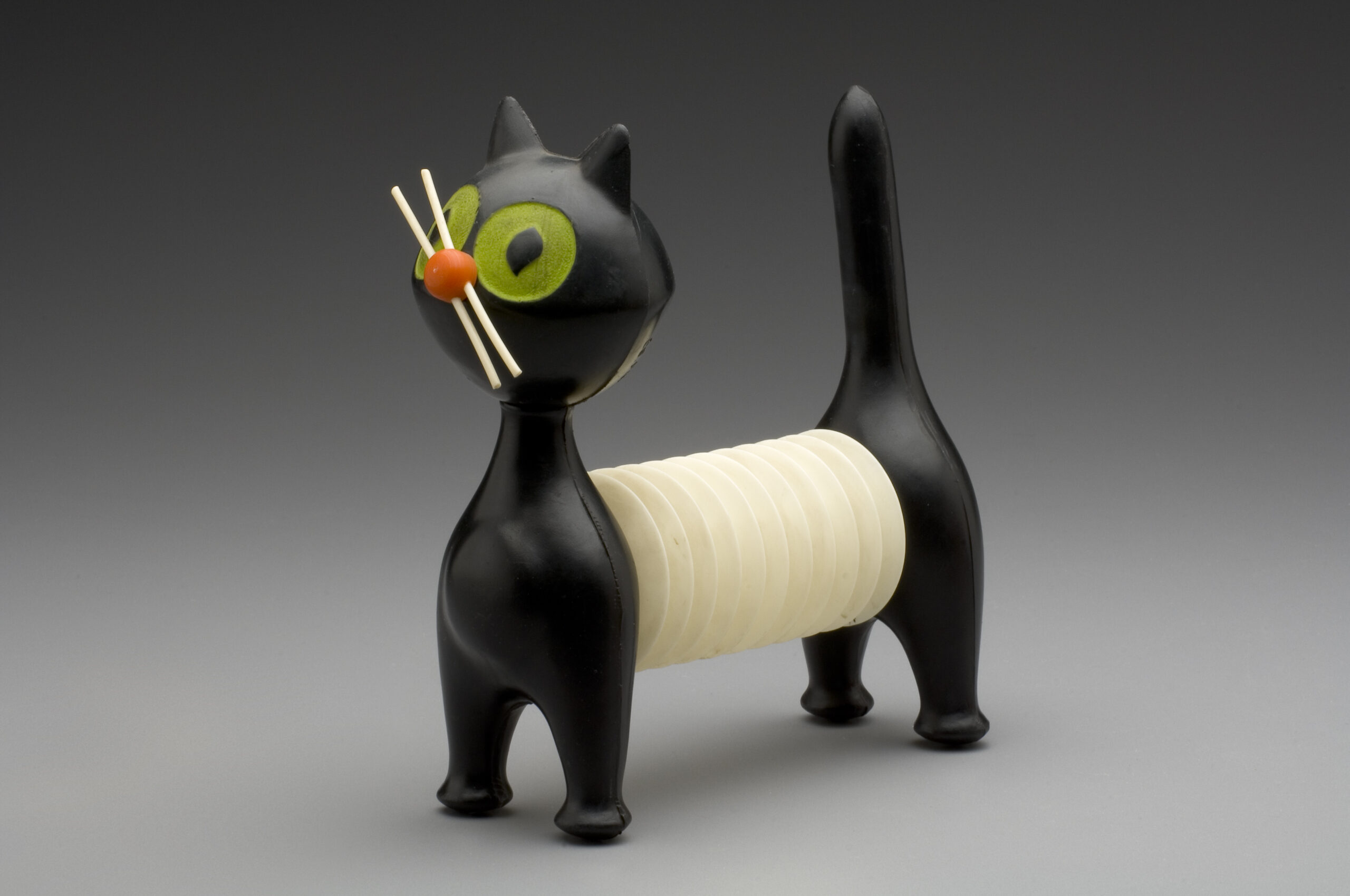 This revelatory exhibition from a unique collection presents, along with the original series of animals, mainly copies of accordion toys designed by Libuša Niklová. Her famous Cat from 1963 crossed the borders of the then Czechoslovakia and was gradually modified according to local taste and especially so that it was not exactly the same as the original. Of course, the mutations of Libuše Niklová’s toys were made without her knowledge; experts and collectors originally knew of only three countries where this had occurred. Lukáš Toman has tracked down and documented over 130 different versions of harmonica toys from more than twenty countries around the world. Many of them are on display in this exhibition.