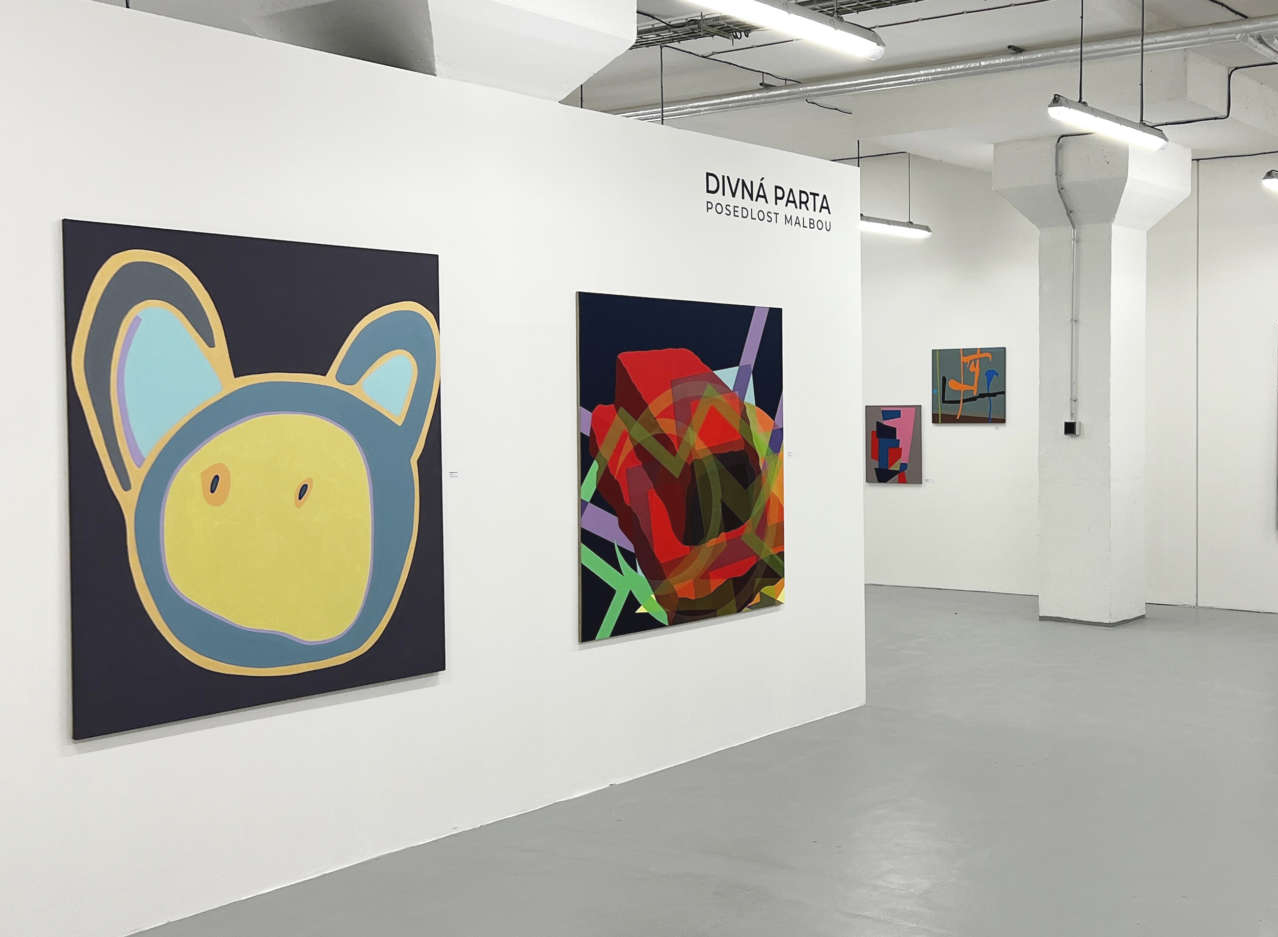 10 May 2022 at 18:00 will be the opening of the exhibition Strange crew – Obsession with painting by artists Václav Bláha, Stanislav Diviš, Jan Pištěk, Aldina Popaja and Oldřich Tichý.

DIVNÁ PARTA is a free association of authors, whose activity started with a joint participation in the symposium in Mikulov in 2014, and continues to operate in the following composition: Václav Bláha, a founding member of the 12/15 group, Pozdě ale přece, Stanislav Diviš, a member of the legendary group Tvrdohlaví, Jan Pištěk, who is often associated with the circle of Tvrdohlavý authors, Aldin Popaja, a Czech painter of Bosnian origin whose work was influenced by direct experience of the war in the Balkans, and Oldřich Tichý, a recipient of an award from The Pollock-Krasner Foundation in New York.

At certain stages of the search for connections, relationships and meanings between different entities, styles and approaches, our often obsessive need for a definitive and clear outcome goes by the wayside. The five painters presented here are not representative of the same generation, nor are the stylistic similarities. However, a certain, albeit rather philosophical, connection is offered. The concentration and dogged devotion to painting itself is something that can be perceived as a certain link.

The exhibition can be visited by appointment.