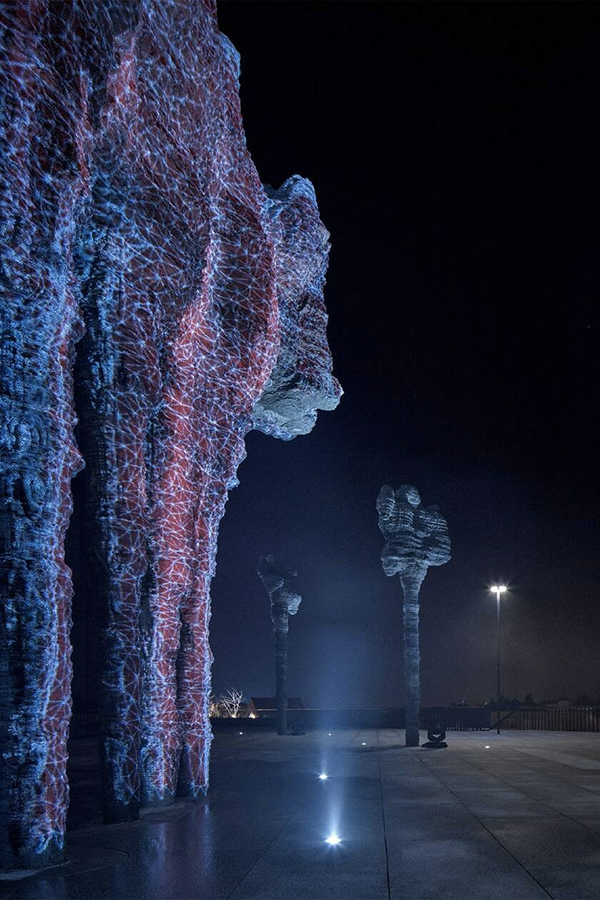 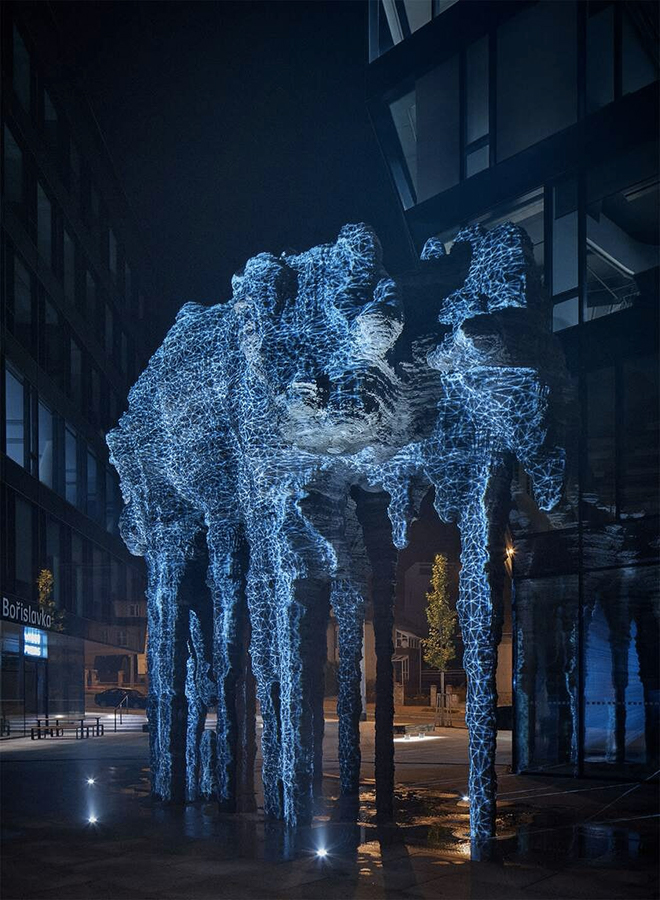 The statue Na Horu (‘Aerial’) by Czech-Argentinian artist Federico Díaz is, like the design of the Bořislavka buildings, a reference to the historic trade route that led through the location. In the past we built roads and paths in ravines or mountain passes created by glaciers and rain. The shapes of Aerial are a reference to the shale and rocks formed through sedimentation under Bořislavka millions of years ago, and which continue to shape the contours of the city to this day. At the same time, a regular, wrinkled structure formed by machine can be observed on the statue with close inspection. The work thus evokes the tension between Nature and humanity, and reminds us of the permanence that will outlive us, as well as the ability of humans to modify both themselves and their environment The statue Aerial weighs 57,000 kilograms and is 7.5 meters tall. For its realization, the Federico Díaz Studio specially developed the So Concrete robotic production technology, and its chosen material was UHPC (Ultra High Performance Concrete), allowing them to create a work that is both subtle and monumental.