NET – IN THE NETWORK OF ART: JAKUB HOŠEK

Home / Events / NET – IN THE NETWORK OF ART: JAKUB HOŠEK 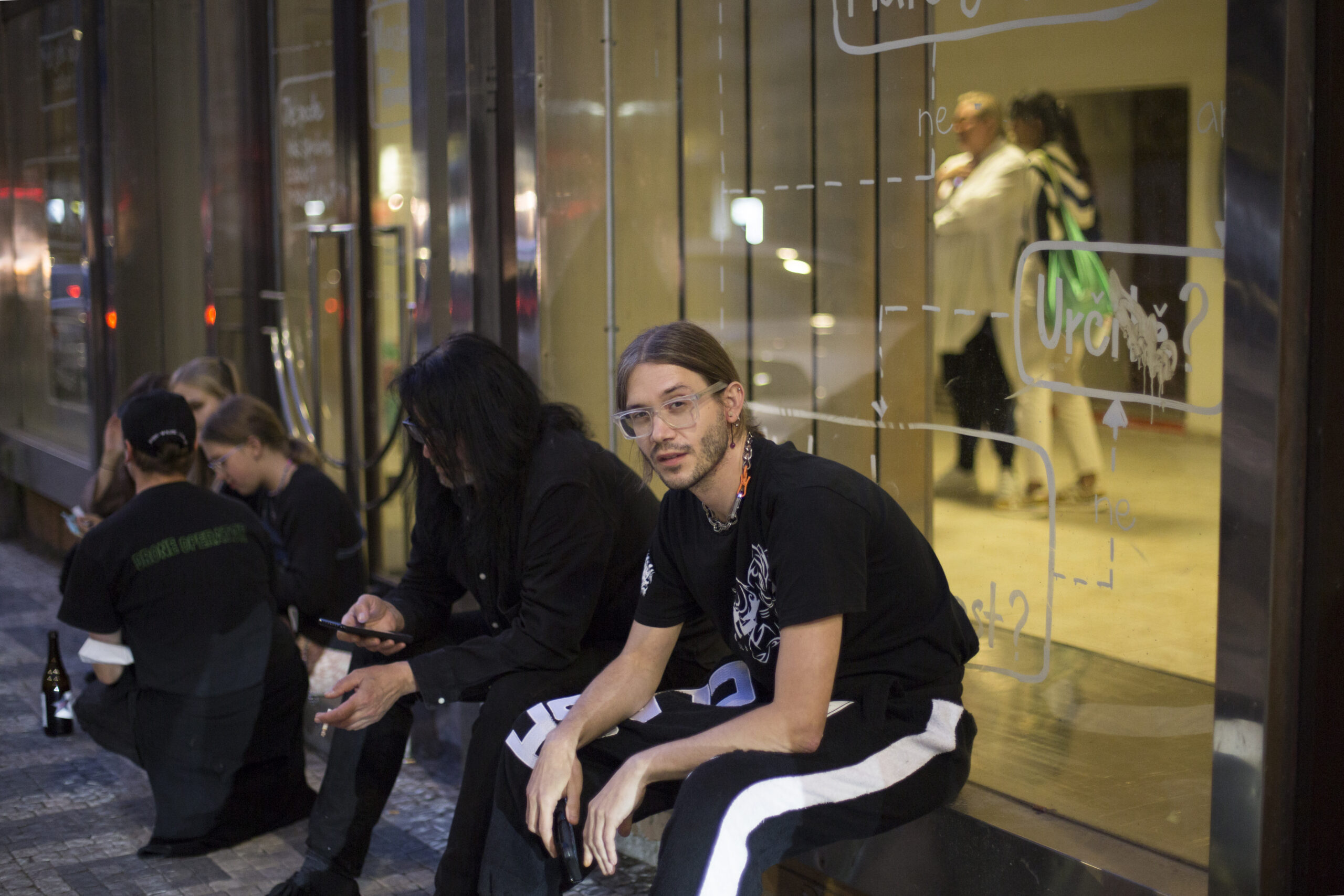 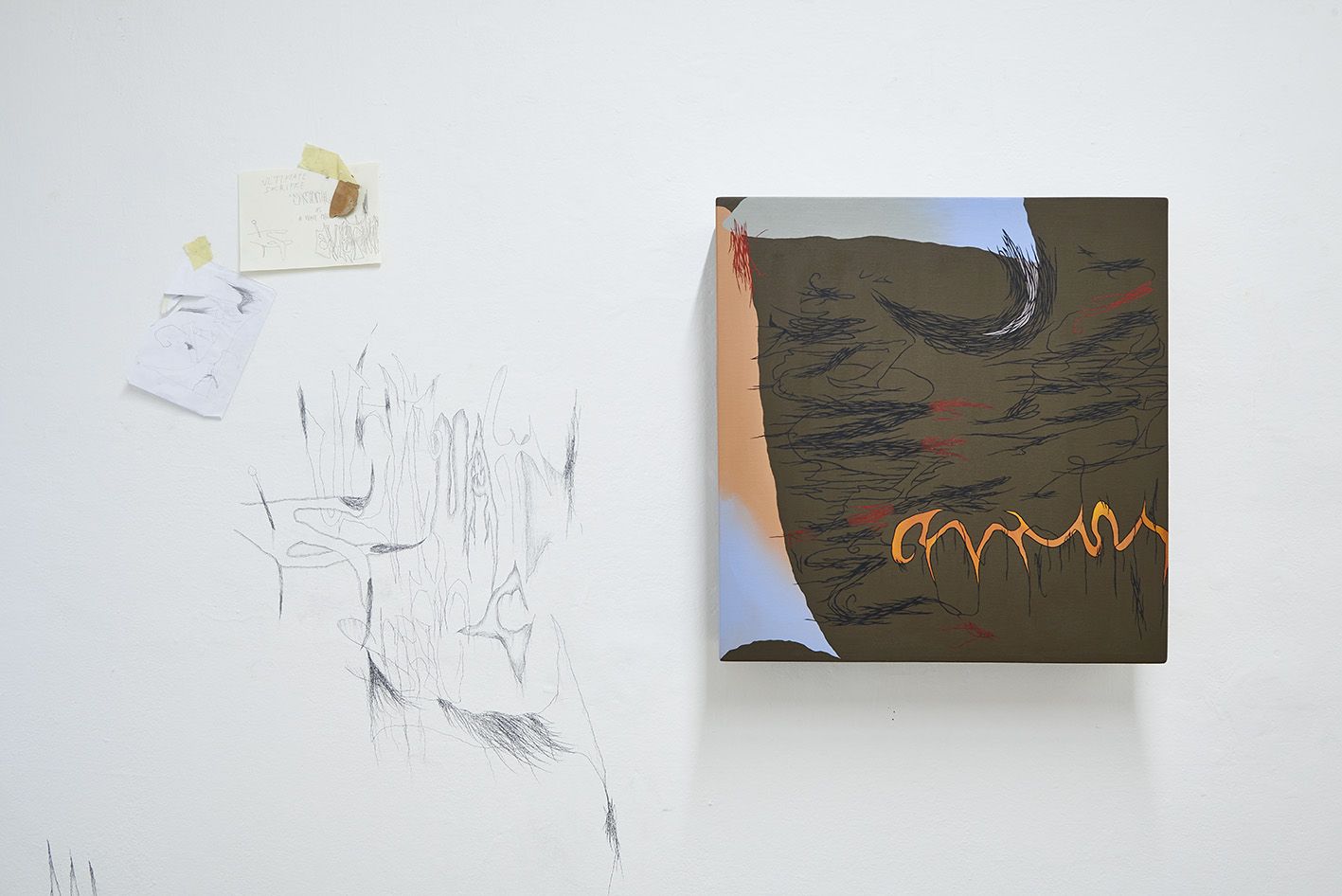 The sixth episode of the NET podcast series focuses on the independent art scene and community projects that serve as a breeding ground and mycelium for a whole artistic ecosystem. How does DIY survive? And what advice does have Jakub Hošek, founder of one of the first Czech alternative galleries, for students?

Jakub Hošek is a cultural activist and leading Czech artist whose work oscillates between image and object. His paintings, drawings and installations speak to viewers in an eclectic language, in which traces of calligraphy, comics and connections to the music scene can be detected. He himself graduated from the Academy of Fine Arts, where he now leads the students of Painting Studio 3 (together with Josef Bolf and Nik Timkova). In 2003 he co-founded the collective and gallery A.M. 180 with his sister Anežka Hošková and Štěpán Bolf, with whom he has been organising the community-based multi-genre festival Creepy Teepee since 2009. Within both projects, Hošek works to import the world’s most progressive themes and artistic tendencies into the local environment.

Gallery A. M. 180 has been operating for twenty years as a non-commercial gallery. In the international gallery environment, this way of functioning is known as “off space”, “project space” or “artist run space”. In the Czech Republic, is use to be a name opposite to the classical concept of commercial – or private gallery, which is primarily dedicated to the sale of artworks. In opposition, independent spaces, often run by a collective of artists or curators, are primarily dedicated to exhibiting art and finding new talent or themes that stand out from the mainstream. From from the soil of alternative culture that thrives, artists then establish themselves in major exhibition institutions.
Non-commercial in this sense means non-profit. Therefore, the main capital for gallerists and artists in the “underground” is enthusiasm and love for art, which in the long-term are challenging investments. “During the 20 years of the gallery’s operation, our pessimism has come several times only to turn back into enthusiasm and a desire to keep doing it. For me personally, the gallery helps me stay in touch with artists and communicate with the art community across the world,” says Hošek.

“I work very much in the community and I care about the community. The romantic notion of the artist as a lone genius in today’s world is unrealistic. Contemporary art, by its very definition, is not just about aesthetics, but also about the social issues that the current generation is tackling, and these are making their way from the underground to the mainstream,” Hošek explains, which is why the alternative art scene is so important.

“The whole art world works according to clear rules that have been established for centuries. If you don’t accept that, or don’t realise it’s like that, you can have a big problem. I think the way things work in art from artist run spaces to big institutions is a given, you need to find information about how things work, who is in the scene and who your audience is,” Hošek advises young artists, who he also recommends following international platforms and attending residencies abroad.

“I often compare the artistic community and the music community. In music, it loses its meaning to be represented by a ‘major label’ that only benefits from the artists, which has been hacked by free streaming platforms. Similarly, something is changing in the visual arts, and that’s why I wonder if the gallery owner is still an equal partner to the artist – because especially in the Czech environment, they often don’t provide the service they should.

Within the up to 50% percentage that the gallerist takes for the sale of the work, the artist must receive a comprehensive service and the relationship between the two partners must be equal. It is difficult to convey this functional model to students, because in the Czech environment the relationship between the gallerist and the artist is often dysfunctional or non-transparent. Unfortunately, this environment can be toxic and artists are often frustrated. Graduates of AVU often don’t even have any offers and are grateful for every opportunity,” Hošek reflects. He adds that the local scene is basically still trying to follow the Western model. In the international context, however, there is already a question of whether brick-and-mortar galleries are still needed, because in many ways they are being replaced by online platforms.

In every age, art serves as a sublime truth that we need to surround ourselves with in order to function,” Hošek responds to the question of what role art has in the 21st century.